Have you heard the one with an American, a Puerto Rican and a Mexican going to Spanish lessons? Well, I will tell you, it is no joke. Trying to keep the attention of native speakers, heritage speakers and second language learners all at once is no easy task. But this is not just the case when it comes to a mixed cultures classroom: we have variety in every single class; different students have different learning speeds and techniques, and it is really hard to maintain their attention —above all when you are dealing with requirements and non-voluntary courses.

However, there is a universal truth that can help us to keep their interest: everybody loves to laugh, I am right? You liar! Thus during this presentation I will try to answer these basic three questions:

– How does humor help in second language learning?
– Theory sounds great, but, does it really work?
– I am not really funny. How can I introduce humor in my classroom?

I was inspired by the work of R. L. Garner in the study “Humor in Pedagogy. How ha-ha Can Lead to Aha!” (College Teaching, 177-180. Vol 54 / No. 1. 2006). According to this study, humor reduces anxiety, helps relieving stress, and increases mental sharpness. These are all desirable effects for any classroom, but especially in second language classrooms where participation is key, and creating a safe environment essential.

The experiment in Garner’s study was carried out in a statistics course, and around 42 students participated, proving all of these points. However, I wanted to check if this is could work in any context, although I was pretty sure if it worked with statistics…

My experiment was obviously a bit smaller, but it showed very similar results.

This was the methodology: I asked some of my advanced level students to volunteer for a 30 minutes extra class. Well, truth to be told, I didn’t ask them, but rather bribed them with Spanish food. Whatever works, right?

I chose the topic of phraseology, because it is one of the hardest things to learn, and usually it is either memorized or directly overlooked. I taught them the same concepts, using either different examples or different approaches to the same examples, and finally the same test. The concepts we covered were:

The differences in the examples provided were normal example vs. funny one, an enunciation vs. a narration, and the inclusion or not of anecdotes. Obviously, for a proper research project a experiment with eight participant is not significant enough, but I wasn’t trying to be thorough, just  trying to share a little reality, my little reality at the University of Arkansas in Fort Smith.

The goal was to prove (or deny) how the teacher’s attitude can make a great different in the learning process of a heterogeneous classroom. And these were the results I got from the correction of the test. The students who had fun scored a 6.7 while the ones that were bored to death with a lecture scored 4 in a 10 scale. In the humor enhanced class, 75% students retained one example of each phraseological unit against 25% of the boring lecture. 75% against 50% of them were able to actually implement the knowledge acquired, even though both classrooms scored almost the same points when asked to explain the theoretical differences.

So it works. If we know how to make it work. Believe me, I am not a clown, I am not naturally funny. But there is a series of techniques one can easily implement in his or her classroom, and although they are pretty obvious, to know where and how to use them requires preparation and a lot of thought. Because it is not joking for the sake of joking, it is joking with a pedagogical agenda. Some of my favorite are memes, body language, games, puns and anecdotes.

Now the American, the Puerto Rican and the Mexican can actually walk into my Spanish class and smile all in the same language.

Fulbright Disclaimer: the information presented is my own and does not represent the Fulbright Program of the U.S. Department of State. 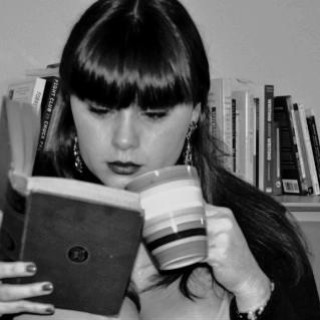 Everything you never wanted to know about expat life in Madrid

a translator thinking outside the box
Bailando entre traducciones

MASR Translations - Let the world know what you do

...for more appreciation of professional translators' and interpreters' work.